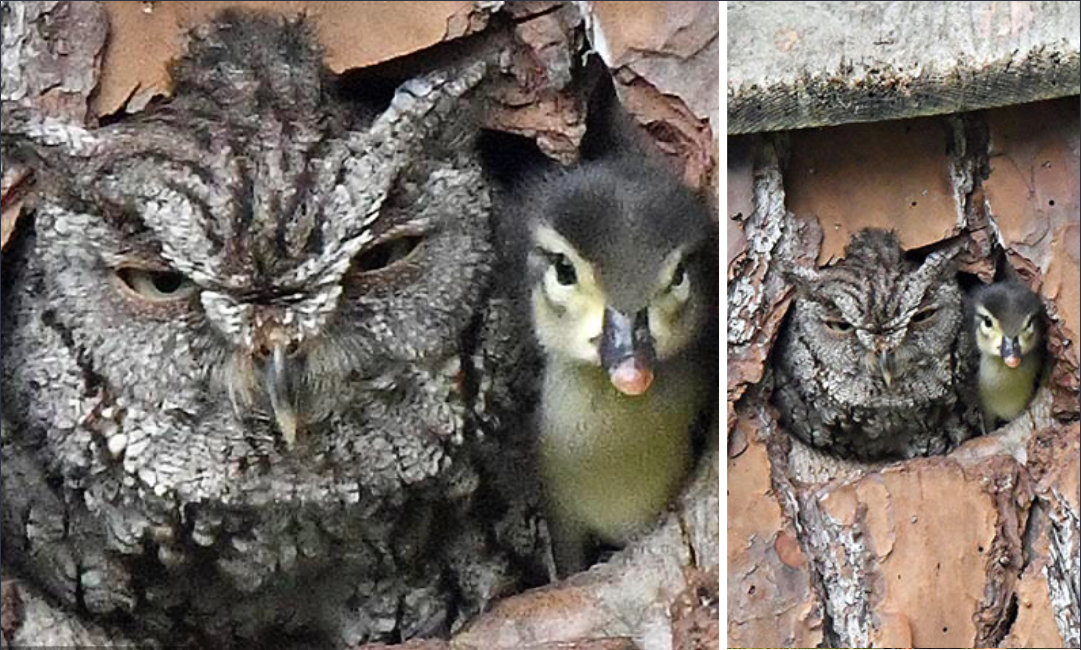 We have all heard the saying being the ‘ugly duck in the family…. but what about if you are the ONLY duck!

Owl mama was in for a surprise when one of her hatchlings turned out to be a duck instead of a baby owl.

However, unlike the story where the mama duck abandoned the Ugly Duckling, this owl didn’t hold it against him and cared for the baby duck as her own. 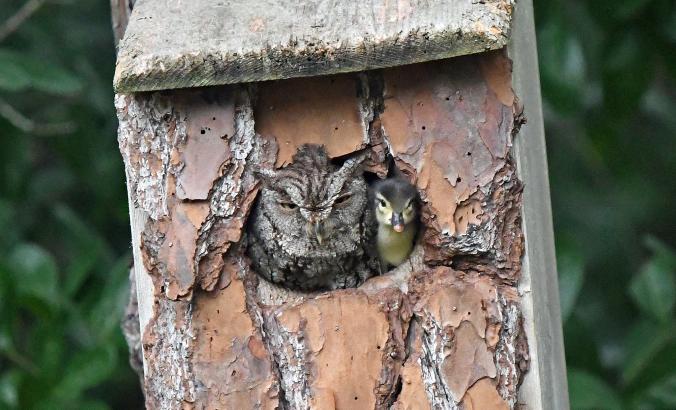 Laurie Wolf, who placed the nesting box a month earlier in her backyard, got a glimpse of the mother owl poking her head out of the nest box. And right beside the owl was a tiny, yellow-and-black baby duckling.

Considering the owl is a predatory animal, Wolf reached out to raptor expert, who confirmed the duckling might be in danger. 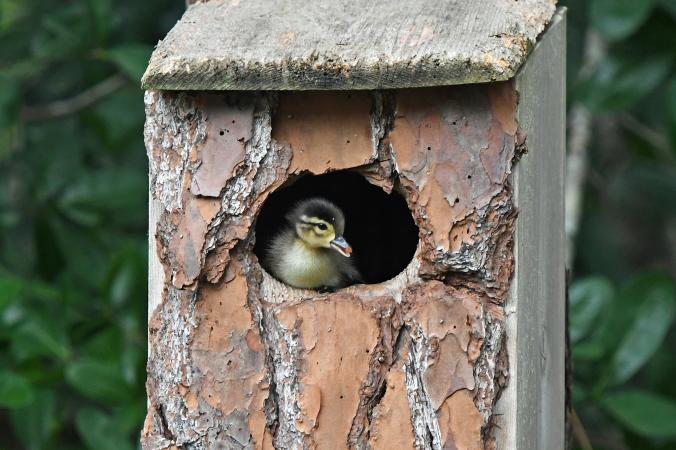 But just as Wolf was about to intervene and save the little duckling, he leaped out of the box and “made a beeline” to a nearby pond, and has not been seen since.

According to Director of Bird Studies Canada, Christian Artuso, this isn’t the first case where wood ducks have been seen living with screech owls.

In another case, the owl incubated and hatched three wood duck chicks, and the findings were published in the Wilson Journal of Ornithology.

“We know this occurs, but we really don’t know the frequency. The parents might be thinking, Oh my god! This egg is huge! We’re going to have the best baby in the world!” Artuso said. 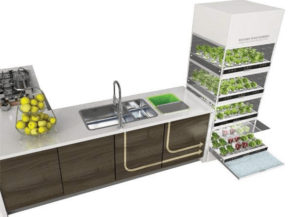 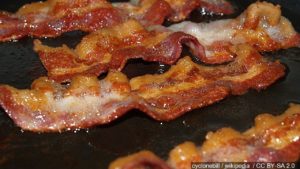