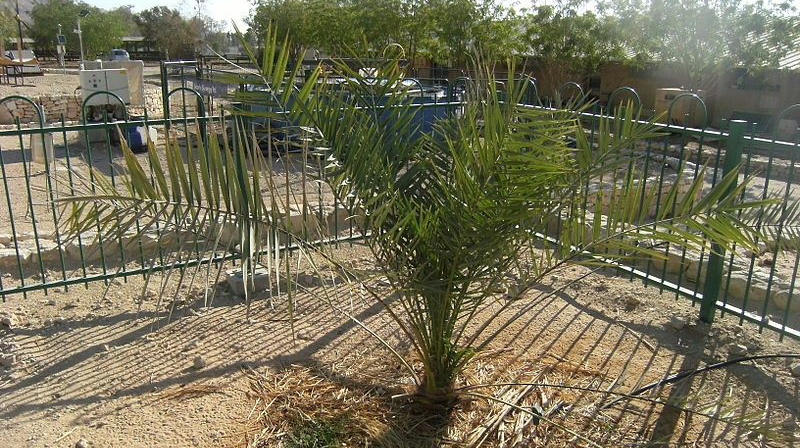 The Judean date palm thrived throughout the Middle East for many years before the Romans occupied Jerusalem.

The fruit of this tree served as a staple food for the people living in the region, while its leaves provided shade and shelter. It represented fertility, and the tree was practiced as an aphrodisiac and prized for its medicinal characteristics.

A Writing in the Old Testament of the Bible, suggests that King David named his daughter after the Hebrew word for the tree — Tamar — and according to the New Testament, Jesus followers’ as a sign of recognition laid date palm leaves at his feet when he and his donkey came riding into Jerusalem.

Unfortunately, due to its central position in the Judean economy, the Romans cleaned them out completely. By 500 AD, they were extinct.

Luckily, a batch of the tree’s seeds was found preserved in a clay jar just before they completely disappeared.

In the 1960s scientists discovered the jar in the ruins of Herod the Great’s palace.

Carbon dating showed the seeds were around 2000 years old; the last living remains of the long lost Kingdom of Judah… yes, you heard that right, living.

After collecting dust for decades at university drawer, an archaeologist confronted a botanist to do the unthinkable — sprout them.

“You want me to do what?” desert agriculture expert Elaine Solowey said when she was first proposed.

“I assumed the food in the seed would be no good after all that time. How could it be?” she told National Geographic.

But she finally gave it a go.

In January of 2005 she planted the seeds right after soaking them in a solution of nutrients and fertilize, and sure enough, by March, one of it grew, becoming the oldest known tree seed to sprout.

“I couldn’t believe it,” Solowey said.

As recently as 2015 it was reported that the tree is10 feet tall, growing bulbs and making good pollen.

Being a male tree, it is not able to produce fruit, so scientists are working on growing a female from the same batch of seeds so that it can fertilize it.

Solowey has already conducted successful pollination on a modern variety of a female date tree, and affirmed that “yeah, he can make dates.”

If she is successful at germinating an ancient female date palm, she writes, “we would know what kind of dates they ate in those days and what they were like. That would be very exciting.”

Genetic tests show that Methuselah is most closely linked to an ancient variety of date palm originating from Egypt, which corresponds with a legend that tells dates came to Israel with the children of the Exodus, Solowey says.

She is hopeful that if her experiment is successful, she and colleagues can study the plants to see if they have any unique medicinal features. 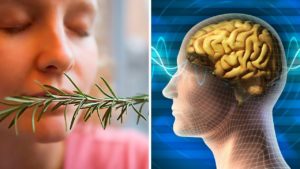 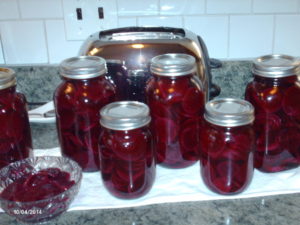